Evelien Cammeart visited BRUNAKRA four weeks in Mars and April 2015. While at the residency she developed and presented the first version of her perfomance Absorbing Exposure during two cold evenings after dusk. The occasion where held with about 25 people in the audience each of the two nights that the performance where showed. 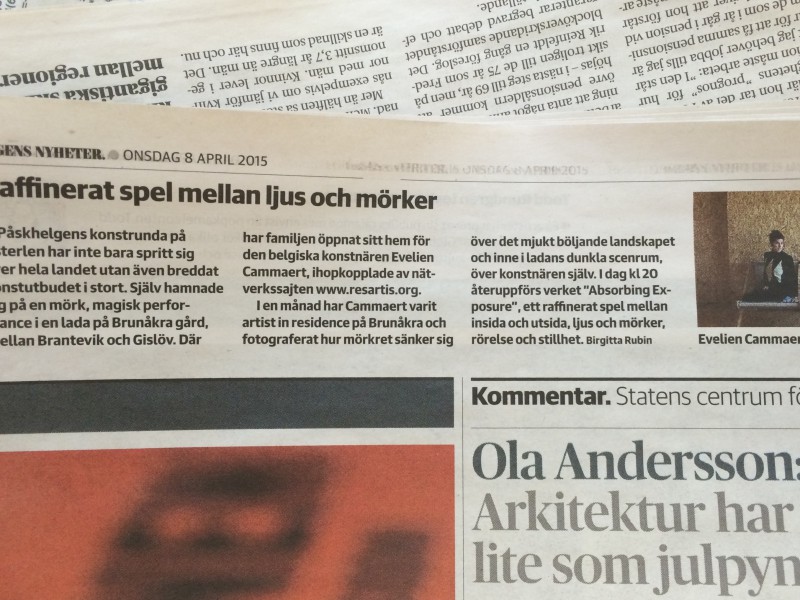 The performance where very positively received in the culture section of Dagens Nyheter (April 8th), one of Swedens leading papers and described as “a refined play between inside and outside, light and dark, movement and quietness” 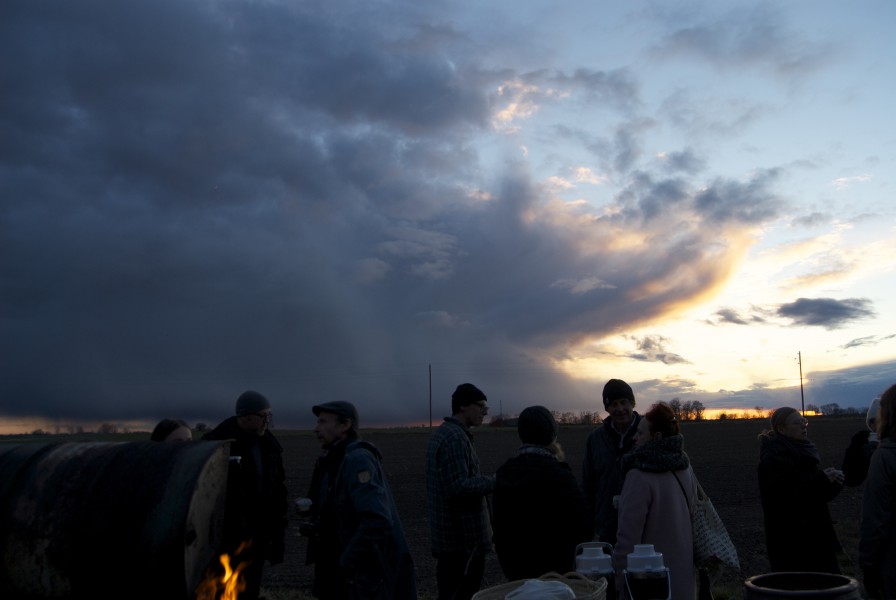 Some tea was served in waiting for dusk to set in.