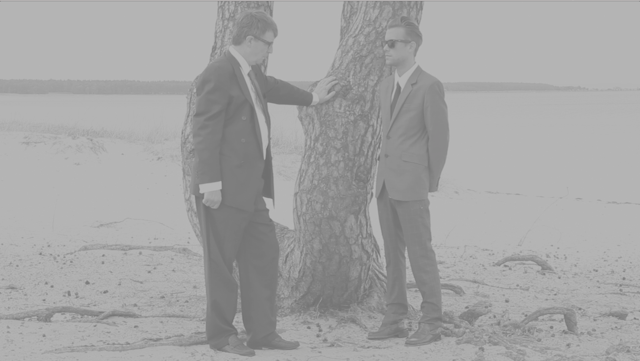 These scenes structured by rules, followed and written before the shooting – are intended to envision and translate new images, those images you make before a screen, and also intend to react back upon what has already been envisioned and filmed by Fellini.

It may ask so cinematically – what do you make of Fellini’s scenes? can you see or experience what I made of them, some of them. The experience of putting oneself in the director’s shoes is what the artist has done, and asks a viewer about positions. Positions before the camera, before the screen, at what time, in what space – in what languages?

The scenes are build upon the original script. That is to say, what Fellini has written, is both translated into images and translating his images, but are also translating at other levels.

If repeated or made once again, what does this double image do back upon his envisioned image – how does it translate? Translation may also be thought to be a position between a ”two” – the one to the other – therefore positioned, and made into another, (or traveling by movement of becoming).

When translating, your use of linguistics and very specific rules of grammar makes you end up with understanding something that has been un-understandable before, meaningless, even hidden.

The possibility(ies) for artists to rework historically what images, movies, texts, scenes, characters has become or are still becoming – is the possibility to highlight and critique that hidden. Critique is the process of asking what there is, to find what may be hidden.

The use of Translating, images, scenes, postures, costumes, script, facial expressions, utterings and so on – are

With interest in specific scenes in Fellini’s  8 ½ – Julia Ekstrom creates spaces wherein a criticality towards translation and repetition can evolve.

This evolvement is not so much one of testing – untill certain results occur – but are from its beginning an experiment made possible from prepared rules, such that informs her characters what the setting is, but not rules that decides what that characters translates it into, the experiment therefore happens or translates itself before the artist – as a result of those rules. By repetition criticality is structured as images. One result of a scene are the questioning positions of two characters who repeats their lines three times. Their positions as gendered characters are questioning both themselves but also back to Fellini’s use of gendered characters – what are they performing in his scenes….